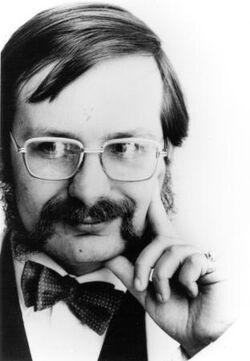 Kim Newman is a respected writer of speculative fiction and beyond. New wrote vampire novels that featured the character of Orlok. The first was Anno Dracula, which featured appearances by many other public domain characters. Orlok also appeared in the sequel, The Bloody Red Barron.

Retrieved from "https://nosferatu.fandom.com/wiki/Kim_Newman?oldid=4118"
Community content is available under CC-BY-SA unless otherwise noted.