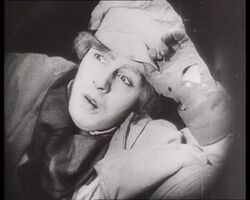 Thomas Hutter is the main deuteragonist of the classic 1922 silent expressionist horror film Nosferatu: A Symphony of Horror. He is a young man who works as the assistant of estate agent named Knock, living in the (fictional) German city of Wisborg with his wife Ellen Hutter, the main protagonist.

He is portrayed by Gustav von Wangenheim.

Retrieved from "https://nosferatu.fandom.com/wiki/Thomas_Hutter?oldid=4297"
Community content is available under CC-BY-SA unless otherwise noted.